Do you like adventure? If so, consider interpretation as a career. At the beginning of your interpreter training, you will refine your natural public speaking and stress management skills. 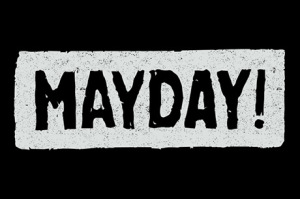 My introduction to essential skillsets for interpreters came thirty-six years ago. Like any interpreter working on the African continent, I was in a plane. However, this flight was a whistle-stop tour to seven African countries in just three days. That day, 17 April 1980, and that plane, a Lockheed JetStar, turned out to offer a most unusual lesson to the rookie interpreter that I was.

To begin with, this was no ordinary plane. It belonged to President Omar Bongo of Gabon. As such, it was a most sophisticated business jet and the service was impeccable. I had never seen so much champagne at breakfast. Beginners, beware! If you drink, finish interpreting first!

Secondly, this was no ordinary group of passengers. These were Ministers from the African, Caribbean and Pacific Group of countries visiting key Presidents from North to South and from East to West. I had already seen the waters of the Blue Nile meet the White Nile at Khartoum; we had landed south of the Ubangi River at Gbadolite Airport for a fastuous reception at the African Versailles. Now we were flying from Kenya to Botswana to meet the great nation-builder and first President, Sir Seretse Kharma.

We had already landed and taken off countless times over the past few days and this was to be our last port of call. As a result, most of the polite chatter to the person in the adjoining seat had dwindled to a comfortable silence. All the briefing documents for each of the courtesy calls had been used and re-used. By now, everybody was trying to fall asleep so that they could dream about going home.

There was a ‘ping’ as the seat belt light went on. There had been no announcement from the pilot about turbulence ahead. Most passengers had gotten into the habit of leaving their seat belts on throughout the duration of the flight anyway. So, we hardly paid any attention. We were not flying high – only at some 15,000 feet (being an interpreter, I had actually listened to the pilot’s welcome on board) – but suddenly the engine whir changed tone. We all felt that slight change when a plane slows down and starts to descend. Everybody looked around. What were the flight crew doing?

On came the passenger service announcement, “Your Excellencies, ladies and gentlemen, the captain has put on the fasten seat belt light. Kindly return to your seats and fasten your seat belts.”

This crew was from Gabon. Surely they could explain – in excellent French – why we seemed to be going down? Then the plane started lurching as the nose dipped. Left to right, right to left. Suddenly we were all concentrating on what was going on. In silence. Then there was a crackle of static as the intercom came on.

All eyes turned to me. What was I supposed to do? Had we not all been instructed to remain in our seats with our seat belts fastened?

The plane was now in full nose-dive, it was almost as if we could hear the sound of rushing wind as cabin pressure was changing. Even to get up to the front would require some serious fighting spirit. Vas-y, hissed the head of delegation. My only thought as I grasped at the head rests as I tried to clamber towards the front was that I was like a cock being thrown into the pit, head first. 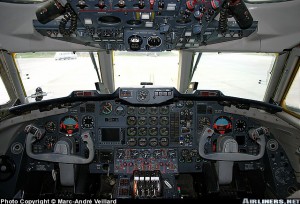 I pushed open the door and tumbled into the flight deck. I had never seen such an array of dials and switches. One pilot was jabbing away at buttons on the radio and the co-pilot was pulling with both hands on the joystick. Both hands??

Was I supposed to interpret that into English or French?

I hunched over the pilot. What did he want me to do? What was he saying? And, more importantly, what did he mean?

He whipped his head around from the controls and gabbled out something in very fast French about the fact that the control tower seemed to be trying to tell him – in English – that we were being shot at. Was that possible? he wanted to know. Could I hear the original again? I wanted to know.

“Tell them we are not enemy,” he shouted. Them, who?

I went into Interpreter 101 mode. Slowly and calmly I asked the pilot:

Then, I took the hand-held mike on its long chord from him.

I could gear through the static that I was talking to Zambian air traffic control. Our aircraft was flying across the border between Zambia and Rhodesia. Ground to air fire was coming from border troops defending the Zambezi River and our pilots had been instructed to take evasive action.

Now, another voice came over the radio. Rhodesian air traffic control had identified an unauthorised small aircraft flying across the Zambezi where they and South African Security Forces had lost so many soldiers to black nationalists.

A thick Rhodesian accent was now speaking: “This is Air Traffic control! Salisbury Air Traffic Control! You are to make an emergency landing. We cannot guarantee your safety.”

Suddenly, “You are being escorted to Livingstone Airport.”

To our left and to our right, jet fighters had appeared out of nowhere. The well-trained Rhodesian army pilots were waving to us from their cockpit windows. Follow us, they seemed to be saying. Did we have a choice?

My Gabonese pilots had lost all their English. I interpreted slowly everything that I had heard, keeping my voice even, enunciating clearly, reading the relief on their faces. They righted the plane and gave a thumbs-up to their escort.

I stepped back into the cabin, my improvised public speaking opportunity concluded. A salvo of applause went up from the passengers.

Never had a small group of passengers in a plane been happier to hear, “Flight attendants, prepare for landing.”

Never had an interpreter been so attentive to the ‘blump, blump, blump’ of the plane’s wheels across each tar strip on the runway. We even had a welcome crew of hurriedly dressed Rhodesian soldiers, weapons slung across their bare backs in some cases, straddling motor bikes that bounced along with our spinning wheels as we slowed down and finally came to a halt outside a little airport. The pilot shut off the engines. There was a collective exhalation from the passengers when we heard that distinctive sound: ‘Boing’. The seat belt light had been switched off.

Once we had our feet firmly on the ground, airport authorities explained to us that although the Zimbabwe War of Liberation had been declared officially over four months earlier, Freedom Fighters were still active along the border between what had once been Northern Rhodesia and Southern Rhodesia. Perhaps they were now celebrating the fact that white minority rule had successfully been ushered out and shooting at anything that moved. Tomorrow, in Harare, Robert Mugabe would become the Prime Minister of Zimbabwe.

This high-level delegation of African Ministers who had entered Rhodesia without permission would have to be turned back. However, given the wind of change blowing over Southern Africa, they begged us not to turn this into a diplomatic incident. Tomorrow was a new day. Today, why didn’t we enjoy their hospitality – and accept a courtesy visit to Victoria Falls? We became the first delegation of African Ministers invited, under escort, to cross over to the south side of the Zambezi River. The delegation’s interpreter now turned into a tourist guide, soaking wet despite the umbrellas we had been given to shield us from the spray. Shouting statistics about the width and height of the largest waterfall in the world to project my voice over the inimitable roar of the awe-inspiring ‘Smoke that Thunders’ on the border between Rhodesia and Zambia.

I never got to meet Sir Seretse (‘The clay that binds’) who was to pass away just three months later, nor did I get to see Ian Smith who had unilaterally declared Rhodesia’s Independence. But I did get to see one of the seven natural wonders of the world, the day before the official birth of Zimbabwe.

So, what is your crash course story, dear colleague, for me to illustrate interpretation skills acquisition and share with our students? 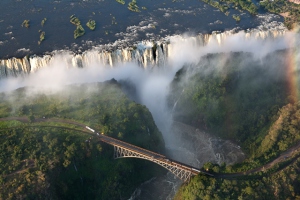 Some people may be wondering why anybody would yell « May Day » when they are in trouble. Here is why:

It derives from the French « m’aidez », pronounced « mayDAY, » and means literally « help me. »

If you are in distress while flying an airplane, calling « Mayday mayday mayday » over the radio will give you top priority and any help people on the ground or in the air can offer.

Ms. Nina Okagbue is a senior AIIC interpreter and interpreter trainer. After graduating from ESIT a few decades ago, she toured the world, interpreting for senior officials and top public and private organisations. She worked as a staff interpreter for the AfDB and also worked in the public health sector for a few years. For the past four years, in her capacity as the Coordinator of the continent-wide Panafrican Masters in Conference Interpreting and Translation (PAMCIT) and most importantly as a trainer, she has been generously sharing her wide experience with many student interpreters in a move to prepare the new generation of African interpreters for the challenges of their time. 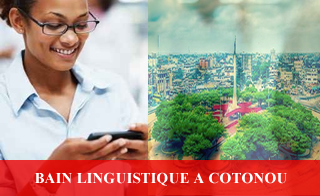 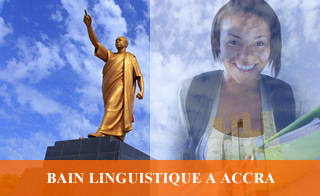